Animals, like humans, are subject to the circulatory symptoms commonly known as shock. When a serious accident, injury, illness, or allergic reaction occurs, blood pressure can drop suddenly, preventing normal blood supply from reaching your dog or cat's brain and internal organs. If the symptoms of shock are not recognized and treated quickly, they can become fatal.

Pet parents who would like to learn more about shock symptoms, including how to recognize and treat them, can use this information as a basic guide.

The three stages of shock

Dogs and cats that become ill or injured can go into shock quickly, especially if they are very young, older, or already in poor health. Early signs of shock in animals will typically include rapid pulse, along with symptoms of anxiety, such as pacing, and fast, shallow breathing.

As the shock symptoms escalate into the middle stages, the heart rate will continue to rise and the pulse can become erratic and difficult to find and take. Dogs, in particular, may also exhibit pale or bluish lips, gums, and eyelids and their mouth and skin can feel cool to the touch. At this point, the animal may appear very weak and unsteady on their feet or be unable to stand.

When shock symptoms elevate into the third and final stage, the animal's condition is becoming critical and they may lose consciousness. During the third stage, gums and oral tissues may appear mottled or very pale in color and their eyes may begin to glaze over. It is at this stage when untreated shock symptoms can quickly lead to coma or death if not treated quickly.

Some of the most common reasons for a pet to experience shock symptoms is being struck by a car, experiencing a serious fall, or being injured in some other way, such as insect or snake bites and electrical shock. Animals who ingest foods or substances to which they are allergic or those that are accidentally poisoned are also subject to shock symptoms.

When shock symptoms are suspected, pet owners can help their animal by using compression to stop any serious bleeding, checking to make sure the airway is clear, and covering the animal to help retain body heat.

Those who share their home with one or more cats or dogs can help to keep them safe by learning to recognize the signs of shock and being prepared to seek emergency treatment for their pet immediately at the closest, reputable veterinarian hospital in their area such as Sylvan Corners Pet Hospital. 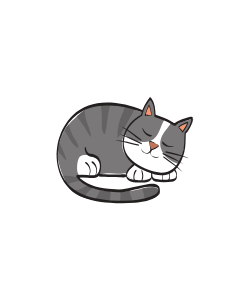 I'm Karen Sanders and I want to welcome you to my pet care blog. I've always been very fond of animals and I've enjoyed having pets as a part of my family for many years. Owning a pet can bring an enormous amount of joy into a person's life and the pets are also rewarded by having someone love and care for them. If you've just recently got a pet or if you're a new pet owner, I think you'll find my blog very informative. Since I have a lot of experience caring for pets, I wanted to share advice and tips for pet owners. In this blog, you'll learn all about pets including health, nutrition, and general care. I hope that my blog helps to keep you and your pet happy for many years.